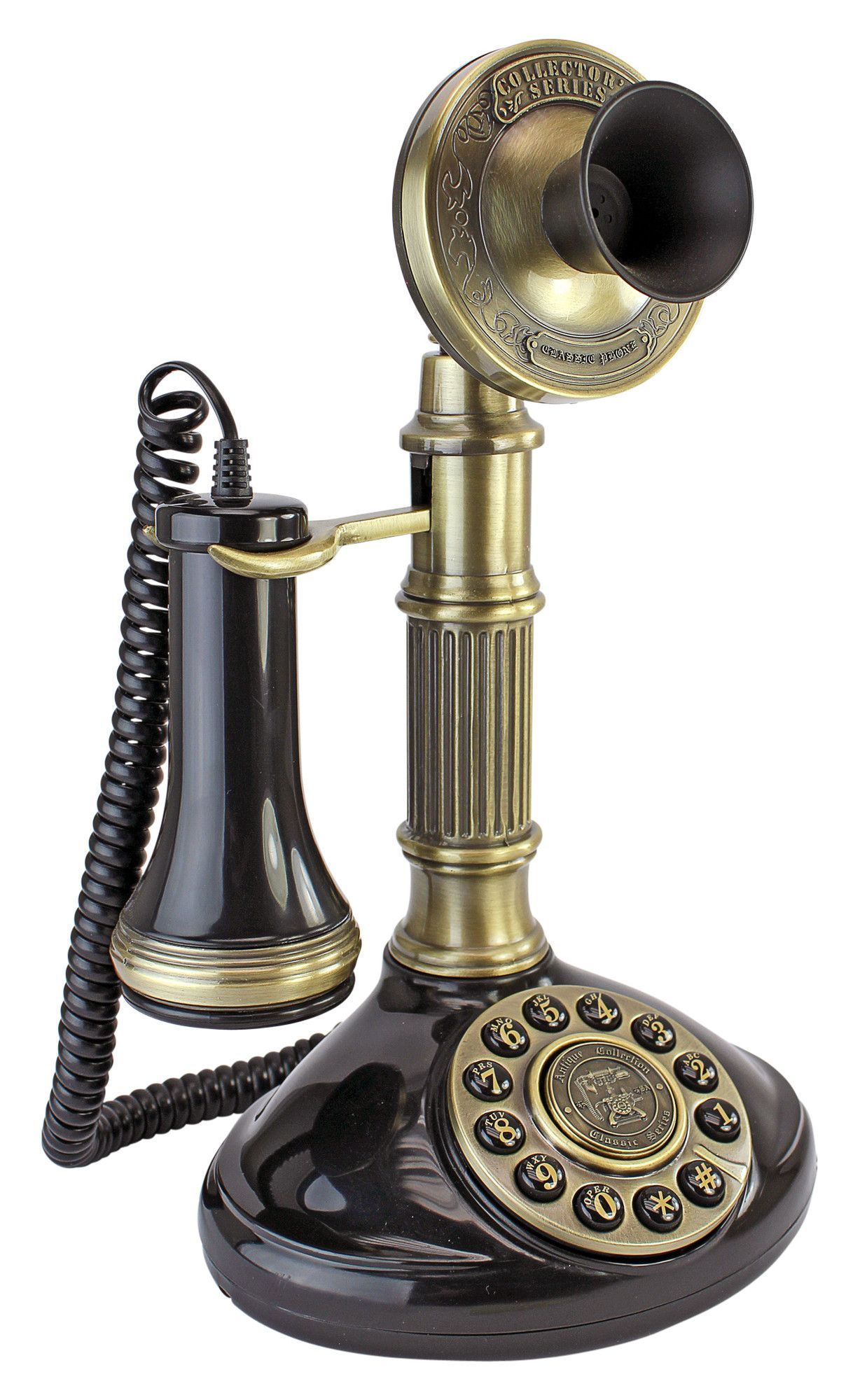 Why A Candlestick Phone?

I find comfort and peace in an antique candlestick telephone. I was given the assignment to write a lens about a prized possession. The kind of item that if your house was burning down – you would make sure you took before you left the house. (All family, friends, and pets are safely out!) I took a little time thinking about this one. I know that photos are important. I have a few (ok, a lot!) photos that are special – photos of my father and father-in-law during their time in WWII, photos of my children on their baptism day in the same dress that I wore, my oldest daughter’s graduation photo – but these photos are all over my walls and in albums. This could be an impossible task to gather everything together!

So I started looking around and settled on an old Candlestick telephone. It’s the photo at the left. Let me tell you more about this phone and why it is so special to me.
My First Phone – A Little Background

As you can see from the photo – I began my love affair with phones very early! From the beginning I have enjoyed a good phone call! When I was a teenager I think my record was about 3 hours on the phone. I know that’s nothing compared to today’s teens with their texting, messaging and phone calls – but back in the day – that was a long phone call! I don’t think the phone call was long distance – if it was I’m probably still grounded!

This photo was taken at my grandparents house.

Where Did This Committment/Love of Phones Come From?

It’s in the Genes!

This is a photo of my Grandfather and I. My Grandparents ran the town’s switchboard for a while. Some of you reading this will have no idea what I am talking about! Back at the beginning of time – you picked up the phone (that was connected to the wall!) and an operator was always there waiting for you. You told the operator who you wanted to talk to and they connected you and you could start your conversation!

My mom worked as an operator for her entire career and retired from the telecommunications industry many years ago. I tried working as an operator for one summer. I thought this would be perfect for me – 8 hours on the phone! I had the genes for it – mom was an operator, my grandparents ran the town switchboard! I should be a natural! It was not a lot of fun. They wanted you to talk to a lot of different people (in those days we gave out phone numbers!) and I really just liked talking to one person for long periods of time! So that ended my career as a telephone operator.

You’re probably wondering why this phone is so special to me. Since my grandparents had the town switchboard, they ended up with a few extra phones when they left that job. My grandfather loved to tinker around and turned a couple of the old candlestick phones into lamps. I think my mother has one of those lamps.

This particular phone use to sit on my Grandfather’s dresser. I used to go into his bedroom and dial that phone. I know that sounds silly, but those old rotary phones had a very calming, soothing sound to them. Click, click, click. I just like the sound of that dial. Maybe it is because it reminds me of a simpler time – a time that I sometimes wish we could go back to! It also feels good to dial a phone. I try not to dial it too much these days. The numbers are fading some so I don’t want them to disappear altogether. I also used to pick up the phone and play with it. I would pretend to be talking to someone from Hollywood! This is no different than my daughter playing with her “cell phone”. I’m sure she is talking to Hannah Montana. (Yes, the “phone” genes have been passed on!)