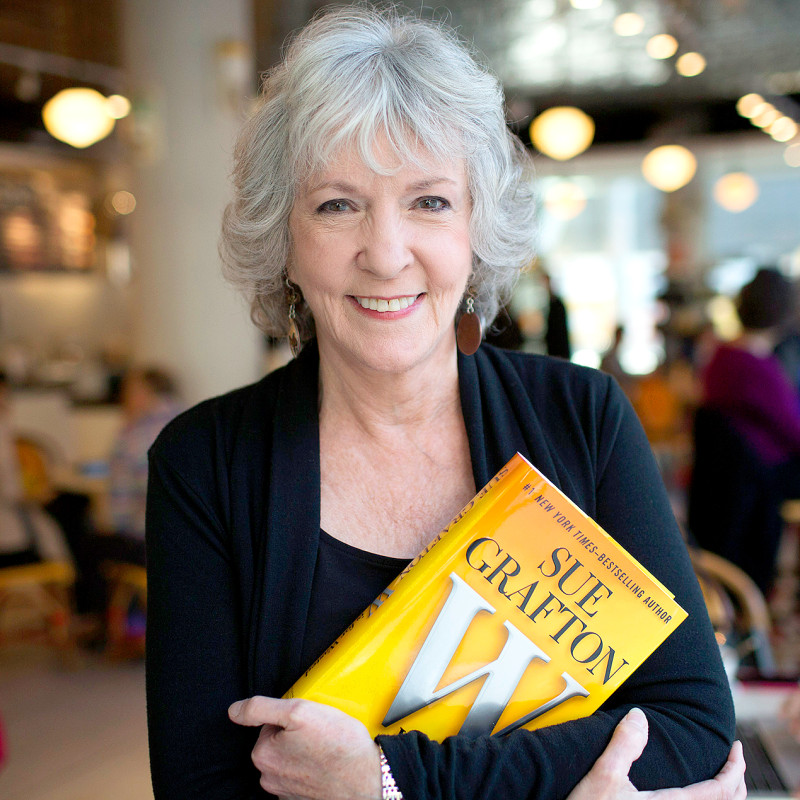 Sue Grafton is a mystery writer that caught my attention a couple of years ago and it wasn’t hard for me to get hooked on her fun Kinsey Millhone Alphabet Mystery Series. I couldn’t put the first book, A Is For Alibi, down until I finished it.

These mysteries completely involve you in the action, while being easy and fun to read. The books are written from Kinsey’s perspective and they’re the most fun you’ll have reading mysteries.

After graduating from university, Grafton worked as a hospital admissions clerk, cashier, and medical secretary in Santa Monica, California and Santa Barbara, California.

Grafton started writing when she was 18 and finished her first novel four years later. She has said that she chose writing mysteries due to having ‘fantasies’ of how to kill her first husband.

I got a few chuckles out of that comment. It just seems to fit.

She wrote screenplays for television for many years before finding success as the beloved author of the “alphabet mysteries.” On the IMDB, her writing credits date to the 70’s and 80’s.

I didn’t know that about her, but she credits this experience for helping her develop her own writing style and voice.

Ms. Grafton has had an admirable work ethic all her life, has persevered through some tough times and has come through successfully as an author with millions of fans, myself one of them.

I admire her not only as an author, but as a woman and for pressing through her struggles to succeed in life and as an author.

Sue Grafton – IMDb
Sue Grafton, Writer: Sue Grafton is known for her work on Lolly-Madonna XXX (1973), Nurse (1981) and Sparkling Cyanide (1983).
Sue Grafton On Facebook
Follow Sue on Facebook with the rest of us who enjoy keeping up with her latest news.
Sue Grafton :: Author of the Kinsey Millhone Mysteries
Visit Sue’s own site to read notes she made while she wrote some of her books. You can even see Kinsey’s biography there.
Sue Grafton – Wikipedia, the free encyclopedia
Sue Taylor Grafton (born April 24, 1940) is a contemporary American author of detective novels. She is best known as the author of the ‘alphabet series’ …
Kinsey Millhone – Wikipedia, the free encyclopedia
Kinsey Millhone is a fictional character who was created by Sue Grafton for her “alphabet mysteries” series of novels.

In several interview articles, Sue Grafton has acknowledged that Kinsey is actually a “not so disguised alter-ego” of herself.

Both Sue and Kinsey do like to get their exercise, communicating Sue’s commitment to fitness.

One of my favorite quotes about Sue Grafton is:

She, like her protagonist, Kinsey Millhone, have a very typically Southern outlook on life; take responsibility for yourself and when tragedy strikes, pick yourself up, dust yourself off and look for the next challenge. A Conversation With Sue Grafton

There is the matter of “loves cats, gardens, and good cuisine” from Sue’s author bio.

As far as Sue’s ‘good cuisine,’ we know Kinsey’s favorite meal is a burger and fries.

I’ve seen Sue affectionately described as “wise-cracking,” and if Kinsey is anything, she’s a wise guy too. Hmmm…

I enjoyed reading a fellow HubPages writer’s analysis of the similarities between the two strong women. I highly recommend checking it out.

So while the two women share strong personalities and a few other things, they’re just different enough so that we can keep them separate and love them both.

Sue Grafton: ‘My childhood ended when I was five’ | Books | The Guardian
Novelist Sue Grafton talks to John Crace about growing up with alcoholic parents, and how it has shaped her writing
A Conversation With Sue Grafton*Writers Write — The IWJ*
A Conversation With Sue Grafton by Claire White — The Internet Writing Journal(R)
Kinsey Millhone: Another Side of Sue Grafton
This article is a research paper that I did for my English class. It describes how Sue Grafton used qualities from her own life to create her character Kinsey Millhone.
Louisville Author Spotlight welcomes Sue Grafton | LouisvilleKY
If you’ve ever set foot in a bookstore, you know author Sue Grafton’s work. Â Did you know she’s a Louisville native? Lucky you, dear reader!…
W Is for Writers Conference
Barney Interviews The Wise-Cracking Creator Of Kinsey Millhone. 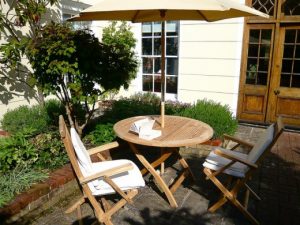 It’s always interesting to me when a writer puts so much of themselves into their characters and their stories. Stephen King does this as well, with many of his stories containing autobiographical references. This just adds a whole other dimension to the story to me, if it’s an author I like.

By the time I’m done reading a book that I’ve thoroughly enjoyed, I want to know more about the author. When I’m lucky, as I was with Sue Grafton, I become interested in learning more about the writer herself/himself.

When I find that an author has shared so much of themselves through their work, I’m so excited to read even more of their work. The experience makes me feel like I have a new friend ~ or as in Sue and Kinsey’s cases ~ two new friends.

I am trying to get myself organized to start reading again, so I need to know where to begin. I’ve missed reading, being busy working online all these years since I retired. I’ve never stopped buying books, so I have a long ‘to read’ list in front of me. That’s the reason for organizing it.

If you have already read all or most or even some of these fun mysteries, feel free to let me know which were your favorites in the guestbook below.

I don’t mind spoilers; I’ll just read it anyway. It would be nice to say I’d like to catch up to Grafton before she publishes the Z Is For Zero final installment, but I would only be jinxing myself!